This year was my first time at EGX Rezzed, the games event hosted at the London Tobacco Dock from the 4th to the 6th of April, featuring a range of game stands but with a particular emphasis on indie titles. I had no idea what to expect and spent the first twenty minutes or so walking around clutching the event map, only to quickly be enticed by a merch stand selling a Rowlet plushie. After that, though, things got much more interesting.

The Friday for me was mostly spent attending the Rezzed session talks, including one about ‘Making Games with Stories at their Heart’ with Chris Gardener, the Narrative Director of Failbetter games. What really intrigued me about this talk was how Chris pointed out that the intrinsic ‘Britishness’ of his game Sunless Skies is a selling point to overseas audiences, especially America. I found this weirdly reassuring in that it confirmed those cultural references aren’t actually supposed to be aimed at me (I find British stereotypes in playable media alienating, probably because I’m one of those weird Brits that really likes coffee). It also struck me that the apparently cute British eccentricity had to be tempered with showing the destructive and exploitative nature of British imperialism, as Failbetter made the effort to bring in a consultant to review how colonialism was depicted in the game. 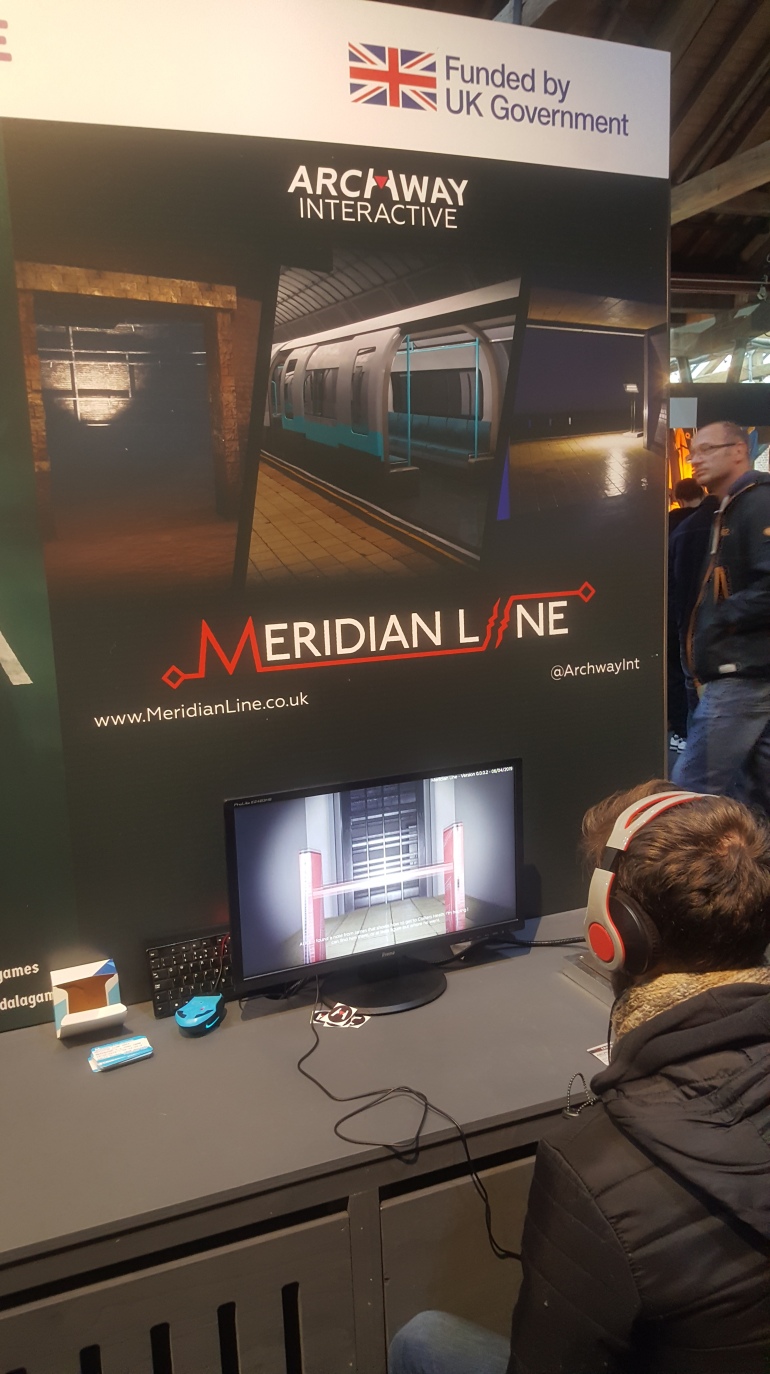 Saturday involved me taking time to try out some unusual titles in the Indie Room and Leftfield Collection. First up was Meridian Line, which particularly caught my eye because the stall had a repurposed London Underground train carriage button rigged up to the computer. 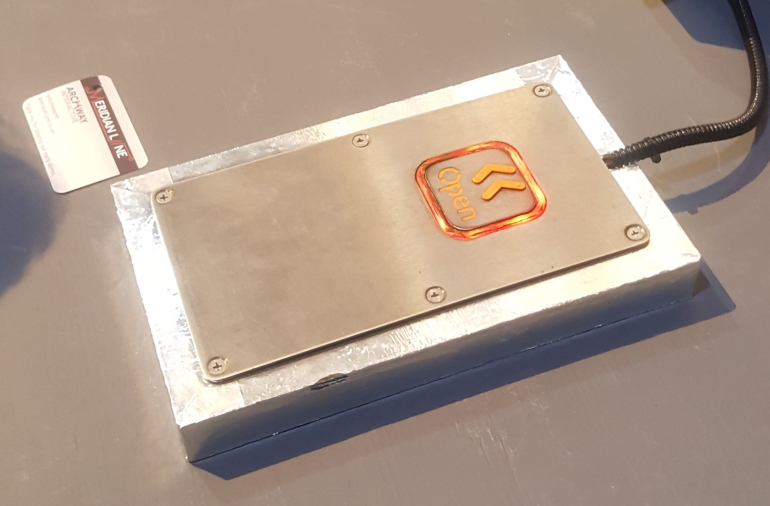 As you might have guessed, Meridian Line is set in the capital’s tube network.  It’s a walking simulator, involving the protagonist Alice investigating the underground late at night and communicating with another tube infiltrator via walkie-talkie. Chatting with Mat Arnold and Ash Morgan from studio Archway Interactive, they agreed that the gameplay had similarities with Firewatch, another walking simulator involving audio communication with an unseen character. The game is in the early stages of development and is set to be released in about two years time. The plan is to create an entire digital train system operating to its own schedule. Whilst Meridian has an uncanny resemblance to the London Underground it draws the line at actual  recreation due to copyright issues.  As the sound designer for the game, Mat has been working carefully on creating the right kind of tunnel resonance for when a carriage is moving at different speeds, which sounds (ahem) like it’ll make for a very rich auditory experience. As a Londoner I found it particularly surreal to be able to walk around a deserted tube station, and I feel the game really captures a sense of kenopsia. 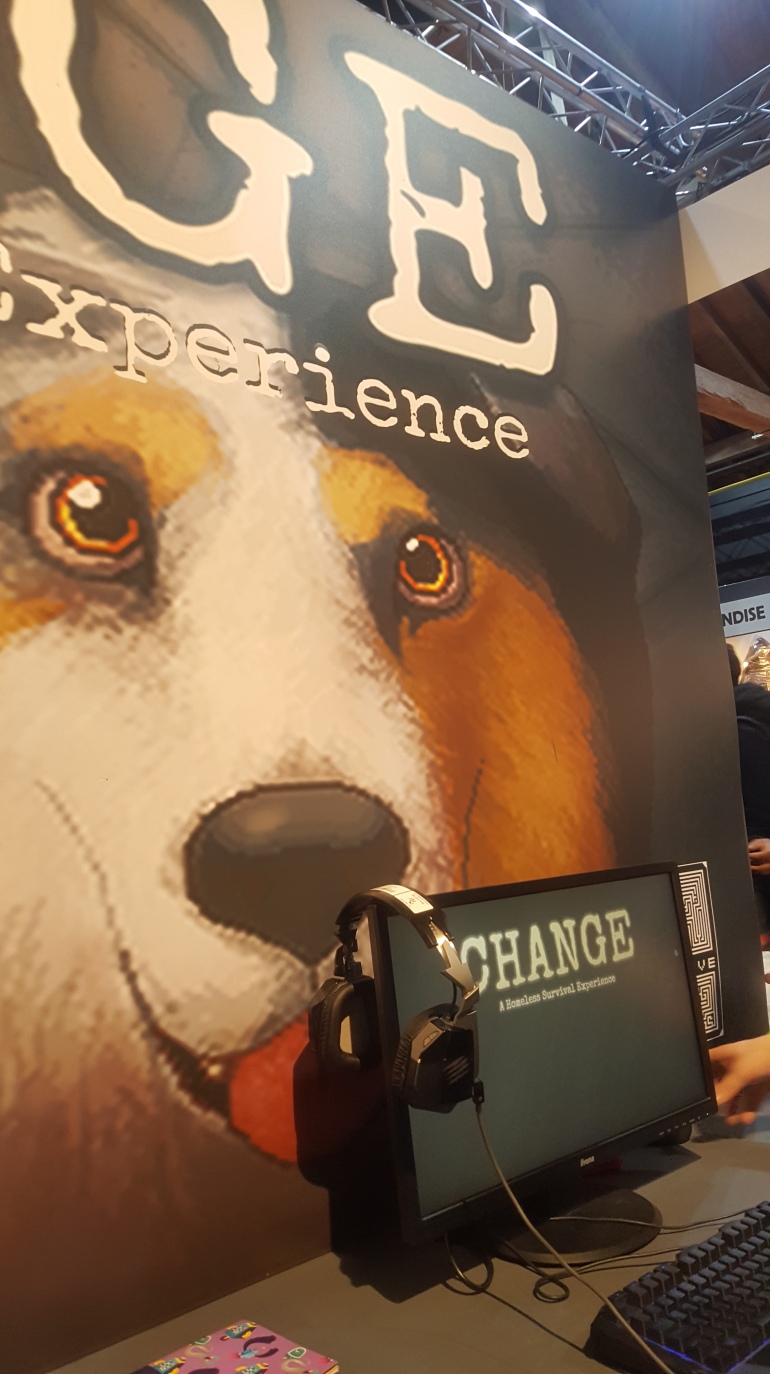 As soon as I saw the sign for CHANGE: A Homeless Survival Experience I knew that I had to play it. I’m particularly interested in games that confront difficult topics, and was somewhat concerned about what the motivations would have been for creating a survival game about the homeless experience. It came as a great relief to hear from coder and designer Danny Hayes that making a game which was sensitive to the complexities of homelessness was very important to him. Danny explained to me how nearly ending up on the streets after his last game Poncho left him in considerable debt was what led him to want to pursue a game of this nature. The studio also consulted with charities, have had positive feedback on Steam from the homeless community (the game has been written up in The Big Issue) and 20% of their profits from the game will be going to the homeless charity CRISIS. I was only able to spend a short time playing a demo of the game, but I appreciated the fact that it takes into account different factors which may have led your character to sleeping rough, including mental illness and abusive relationships. 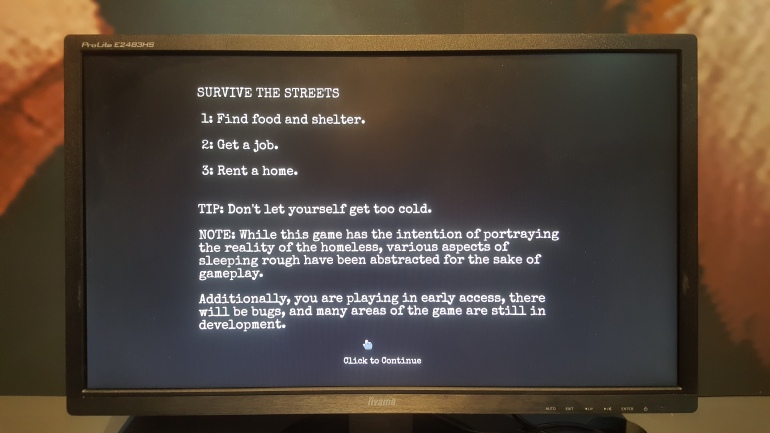 I also played the archaeology adventure game about deciphering an unfamiliar language, Heaven’s Vault, which looks to have huge potential. Given the archaeological subject matter of the game, I’ll wait until the full release to fully excavate it. What I will say at this point is that the demo, along with John Ingold’s dynamic talk about how he prototyped a ‘lost language’ over several years, has me itching to do an archaeology of the game itself and the history of its development. 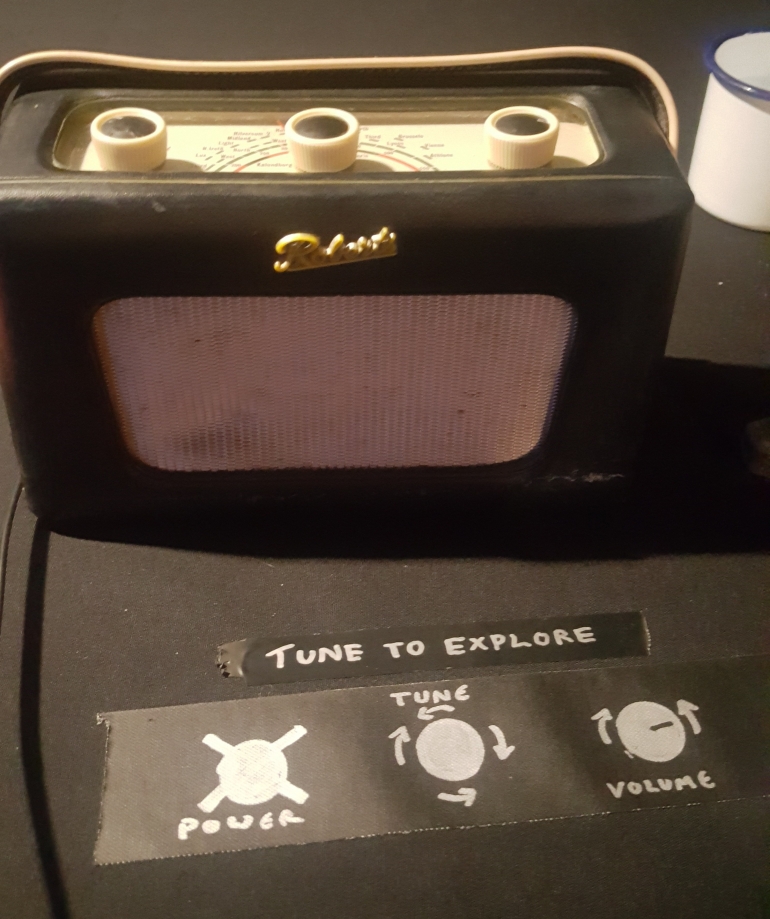 The Leftfield Collection was a room of hidden gems; interactives and digital experiences which don’t neatly fit into conventional commercial modes of play. One of my favourites was Amy Godliman’s Doggerland Radio, which felt almost like a piece of interactive theatre in which a radio and a map were the principle actors. Gameplay involved auditory exploration through tuning the radio, with the accompanying map as a visual aid. Talking with Amy about her work with escape rooms, it occurred to me that a common thread throughout my Rezzed experience had been the joy of unexpected tactile experiences. With games increasingly becoming less and less physically manifest through digital downloads, it was refreshing to encounter bespoke pieces of hardware. 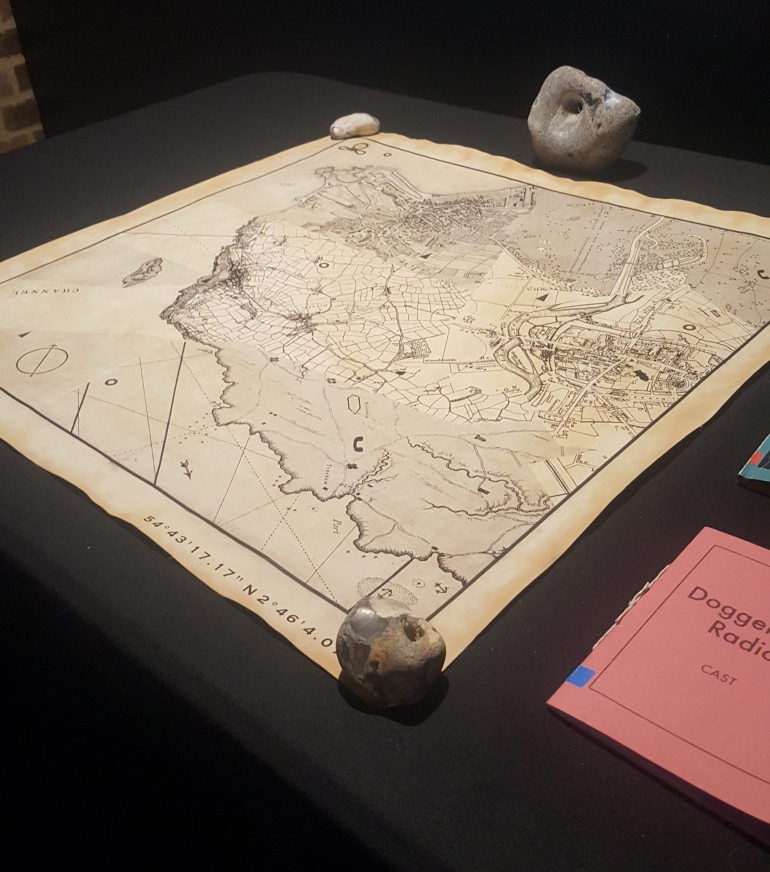 Speaking of hardware… Robert Yang’s talk about designing sex in games included mention of a joystick strap-on jousting game called Sword Fight. Yang’s presentation was a powerful argument for sex to be taken seriously in games, and for diverse depictions of gay sex in particular to be destigmatized. I was particularly interested in how he applied the structure of sex to game design, highlighting the importance of having a consent model and including aftercare for players.

In a way, this blog has been my form of aftercare for the Rezzed experience, allowing me to distill my thoughts about the event. How was it? A refreshing tonic to the dead-ends of tedious Twitter discourse that touched on the enduring magic of video game materiality.